Arterial vs. Venous Ulcers of the Lower Extremity 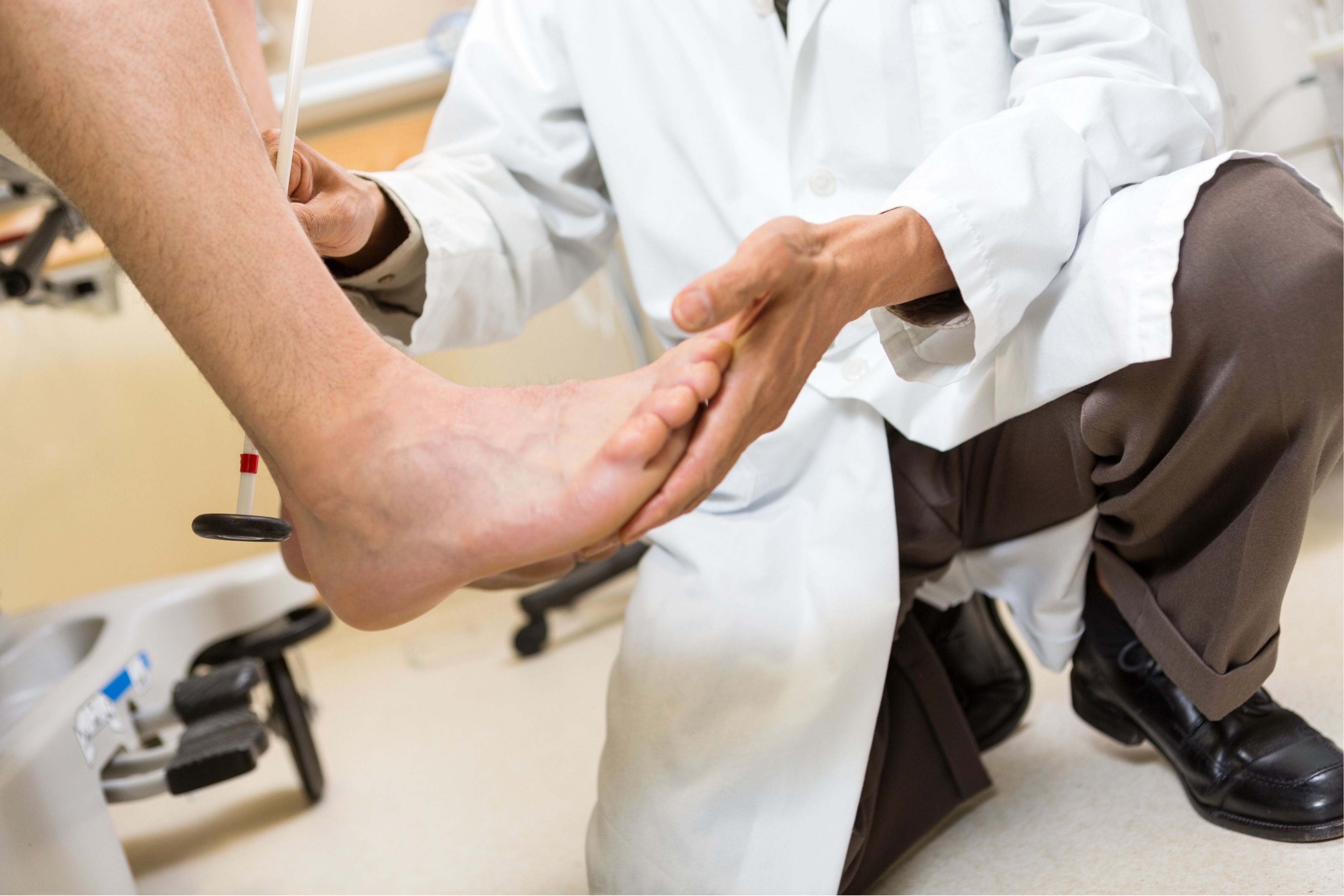 The two most common types of lower extremity wounds are venous and arterial ulcers.  Although they may look and sound similar, arterial ulcers and venous ulcers represent two distinct sets of concerns, and they require different treatment approaches.

Arteries carry oxygenated blood and nutrients to all organs and tissues in the body. The further away arteries travel from the heart, the smaller they get. Keeping these small vessels in distal body parts open, such as in the feet, are critical to optimal functioning of the surrounding tissues. When arteries get blocked due to atherosclerosis (hardening of the arteries, common with aging) it can result in significant, sometimes even irreversible tissue and skin damage -- especially in areas where the blood vessels are the smallest.

The most common cause of poor blood supply to the lower legs is due to atherosclerotic plaque formation in the larger vessels, limiting blood flow to distal areas. Hypertension and smoking are two major risk factors that may damage the most inner part of the arteries called the intima, leading to local inflammation and fibrosis that increase the resistance of the vessels and therefore restrict blood flow.

Other risk factors affecting the elasticity and patency of arteries include uncontrolled diabetes, ill-fitting footwear, and advanced age. Arterial ulcers are typically found where the smallest blood vessels supply the feet: in between and at the TIPS OF THE TOES, the tops of the feet, at various pressure points on the soles and the heels, as well as around the lateral ankle. They are sharply demarcated lesions with very little to no discharge that initially appear shallow but become deeper if left untreated.

Due to the underlying necrosis, arterial ulcers typically present with a yellowish brown or black discoloration with a thin, pale, and dry border. The area surrounding the wound maybe cool to the touch due to the lack of blood flow. These arterial ulcers can be extremely painful, and elevating the legs can further increase pain. Leg swelling due to arterial disease, in the absence of other medical problems, is uncommon.

Veins carry deoxygenated blood away from tissues. Unlike the arterial system, where a pressure gradient is driving the blood forward, veins form a low-pressure network and rely on surrounding muscles squeezing down on them to move blood back towards the lungs. One-way valves inside the veins prevent backflow when the muscles relax. When either the musculature around the veins or the valves inside the veins are damaged, pressure will increase due to volume overload. Unfortunately, veins lack the capacity to withstand high pressure and cannot efficiently contain volume overload. In order to mitigate venous hypertension, fluid begins to leak into surrounding tissues causing gravity-dependent edema, which may damage the overlying skin.

Some aspects of chronic venous insufficiency maybe attributable to genetics and hereditary factors that lead to the formation of venous ulcers. However, the vast majority of venous ulcers are secondary to deep venous thrombosis (a blood clot in the vein), which damages the valves and ultimately results in high venous pressures. Symptoms may be exacerbated by obesity, inactivity, metabolic diseases, pregnancy, and aging. An underlying venous hypertension in these cases compromises optimal circulation, and the resulting venous stasis is what causes lengthy healing time or non-healing venous ulcers.

Venous ulcers are the most common form of lower extremity wounds. They tend to develop on the CALF AND ANKLE, and are often shallow, but large with irregular shapes and edges. They are typically red and warm to the touch with yellowish sloughing. Venous ulcers often present with moderate to heavy amount of exudate making them appear “weeping” or “wet”. The pain associated with venous ulcers is a dull achy pain with mild to moderate intensity. The constant aching characteristic of the pain is thought to be due to the underlying venous congestion and tissue edema, rather than the wound itself.

Diagnosis and Treatment:
A thorough examination of circulation and inspection of the ulcers are the first steps in making the correct diagnosis. Various imaging modalities such as ultrasound, venous doppler, and serial pressure measurements further aid the diagnostic process. If necessary, vascular studies such as an angiogram or venogram may also be performed as part of the initial evaluation.

At Vascular Insitute of the Rockies, we continually strive to improve services to our patients. We are in the process of transitioning to new payment technologies, including:

These technologies are scheduled to launch August 29, 2022. Your new statement will be arriving soon. Until then, if you would like to make a payment or have questions about your bill, please call us at 855-760-9739